Covering the interests of all in the global geoscience community 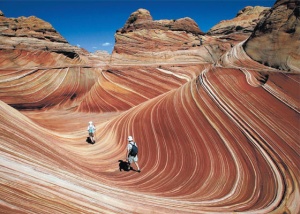 The earth sciences affect, in some way, every aspect of our lives. If you have any interest or opinion on this subject, attendance at the 33rd INTERNATIONAL GEOLOGICAL CONGRESS, in Oslo, is a must for the year 2008.

This is one of the world’s oldest scientific conferences, and the premier event of the earth science calendar, providing the forum for ample debate on all significant advances in the earth sciences.

In recognition of the changes occurring around us, the main theme of this Congress is Geology and Sustainable Development --Earth System Science: Foundation for Sustainable Development. The aim, to promote discussion on the fundamental role of earth scientists and the industry as a whole, in responsible development and the preservation of our environment.

The INTERNATIONAL GEOLOGICAL CONGRESS started in the XIX century, and the International Union of Geological Sciences (IUGS) has been its scientific sponsor since the 60's, when the Union was formed. However, funding was always a responsibility of the countries hosting the event, particularly local government and geoscientific societies.

The importance of the Congress, in the eyes of the local governments, has increased with each new venue, to the point in which the most recent ones, in Kyoto (1992) and Beijing (1996), were attended by very prominent figures such as Crown Prince Naruhito in Japan and Prime Minister Li Peng in China.

The organization of the IGC is a major undertaking. Preparation for the Beijing Congress took four years and involved about 900 people in China alone. People from IUGS and from previous IGC's organizing commissions were also involved, but the continued support from the Chinese government was fundamental for the success of the event.

The 31st INTERNATIONAL GEOLOGICAL CONGRESS is considered a landmark event as it will be the first to be held in South America, where it will coincide with the 500th anniversary celebrations of the arrival of the Portuguese to the continent. Furthermore, the theme, Geology and Sustainable Development - the Challenges for the Third Millennium, is one that is highly relevant to society as a whole, and the contributions to be debated will certainly influence many of the guidelines on environmental issues and their relationship with economic and social development.

This theme aims to create awareness of the need to deal, in a balanced way, with technology, and the environment, while still improving the quality of life of Mankind. Discussions will cover subjects as varied as basic research and mapping, exploration, resource management, the conservation and protection of mineral, water, energy resources and soils, as well as global monitoring Earth systems aimed particularly at minimizing the effects of natural hazards.

For the earth science community in Brazil and South America, this represents a unique opportunity to present the geology and mineral potential of the continent. We thus have a great responsibility and challenge ahead of us, to ensure that this event is the huge success that it promises to be.

General Information of the Post-Congress Field 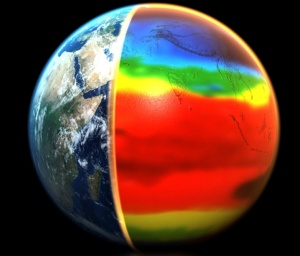 The object of this field trip is to make the geological crossection of the Neoproterozoic orogenic belt exposed along most of the Southern Brazilian Shield.

Departing from Paleoproterozoic basement rocks in Santa Catarina State, geotectonic units, such the magmatic arcs produced by both crustal reworking and juvenile accretion and associated remnants of ophiolites, will be visited.

The aim is to present the up-to-date petrological, geochemical and isotopic (SHRIMP, Sm-Nd, Pb-Pb) evidence for the history of tectonic assembly of this belt during the Brasiliano Cycle.

Areas dominated by late-collisional mid-crustal transcurrent shear zones and syntectonic granitoids with magmatic and deformational structures will also be visited.

The role of these structures in the evolution of the continental crust will be discussed in the light of isotopic and experimental petrology data.

This trip will provide an opportunity to examine one of the best outcropping sequences of richly fossiliferous rocks in West Gondwana (states of Parana' and Santa Catarina, Southern Brazil). Selected outcrops present: Siluro-Devonian primitive land plants; Early to Late Devonian marine invertebrates; Permo-Carboniferous biotas associated with glaciomarine sedimentation; Early to Late Permian biota; nicely preserved Paleoniscids and Mesosaurus, icnofossils, bivalves, brachiopods, conchostracans; great variation of Glossopteris flora assemblage, and the like, reflecting interesting changes in life, climate and sedimentation environments. In the town of Mafra, a visit will be made to the Earth and Life Museum (Museu da Terra e da Vida).

A presentation will be made of the main aspects related to geological and geomorphological variations on the southern coast of Brazil, between the states of Rio de Janeiro and Paran‡, including the important environmental impacts due to the different forms of occupation and use of the coastal ecosystems.

Problems will be dealt with concerning coast erosion, landslides, floods, pollution and mining, with cases also being presented of mitigating steps taken to curb the environmental impacts. Participants will be able to enjoy the fabulous landscapes between the Serra do Mar Mountain Range and the coastline, including beaches and waterfalls, and to see fully preserved ecosystems of the Atlantic Forest.

The itinerary will include visits to locations of historical, cultural and archaeological importance, such as the cities of Parati (a national heritage) and Sa~o Vicente (the first Brazilian settlement), Indian villages and sambaquis (prehistoric kitchen middens to be found along the coast of Brazil). The excursion will end with a boat trip to the estuarine and lacustrine complex of Paranagua' (Parana' State).